For several years now, Duff-Norton Europe has offered a series of rotary unions with flanged connections known as the BR series, which is available in either carbon steel with nickel plating (known as Kanigen®) or 316L stainless steel. Although this series is perfectly tailored to market needs, its selling price has prevented it from achieving widespread commercial success.

The DNRF series features all of the technical specifications of the BR series (dimensions, working pressure, rotational speed, material, etc.), with the added advantage of reduced production costs. As a result, Duff-Norton Europe is now offering the DNRF series at extremely competitive prices, while still guaranteeing the top quality that Duff-Norton Europe rotary unions have become known for.

The DNRF series offers a number of additional advantages over the BR series, for example:

Lower starting and operating torque than the BR series, which eliminates the “gland” effect associated with the BR series

Easier maintenance, as the tightening torque no longer needs to be adjusted as it did with the BR series, and it is now easier to replace the rotating seal

Option to provide different types of flange connections, whether standard or custom, based on end requirements

To facilitate the connection of the DNRF series, Duff-Norton Europe also supplies connection kits that can be screwed or soldered directly onto the end user’s fittings.

Launched in 2015, the DNRF series is the first new range of Duff-Norton Europe rotary unions and marks a major technical advance for the company’s products, with the aim of meeting market needs as effectively as possible. 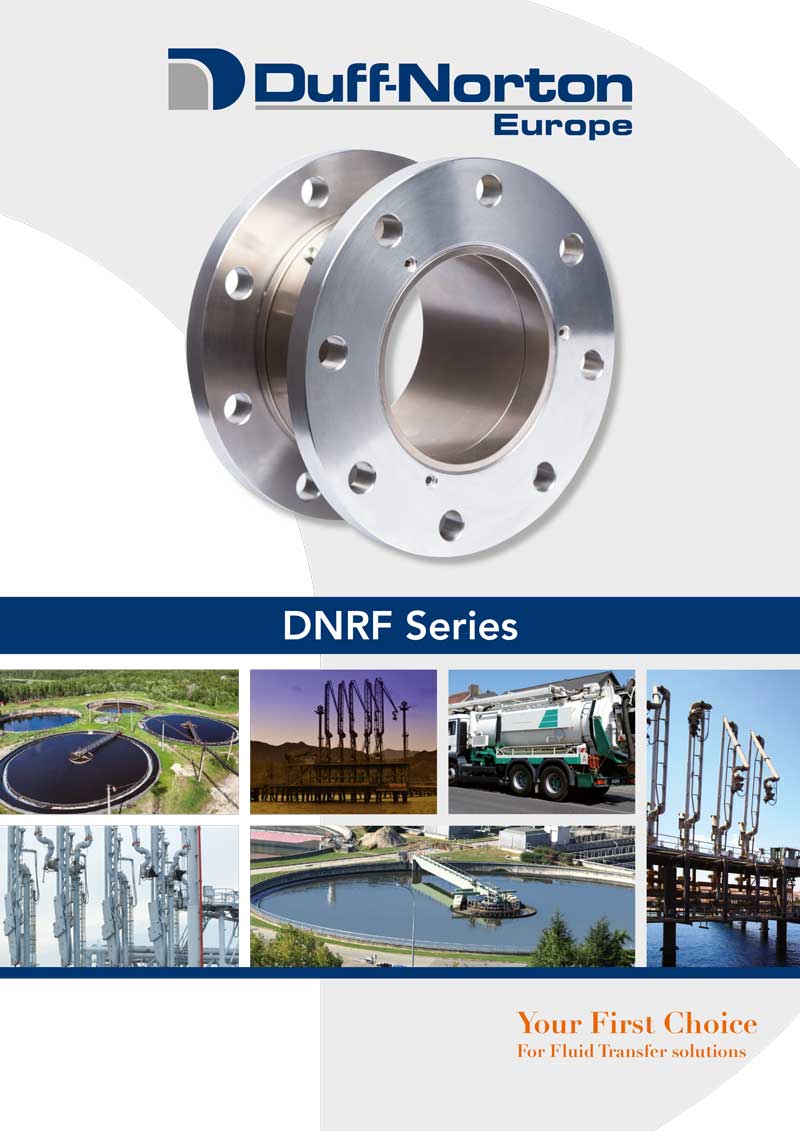 Receive our group’s newsletter every quarter.
No SPAM.